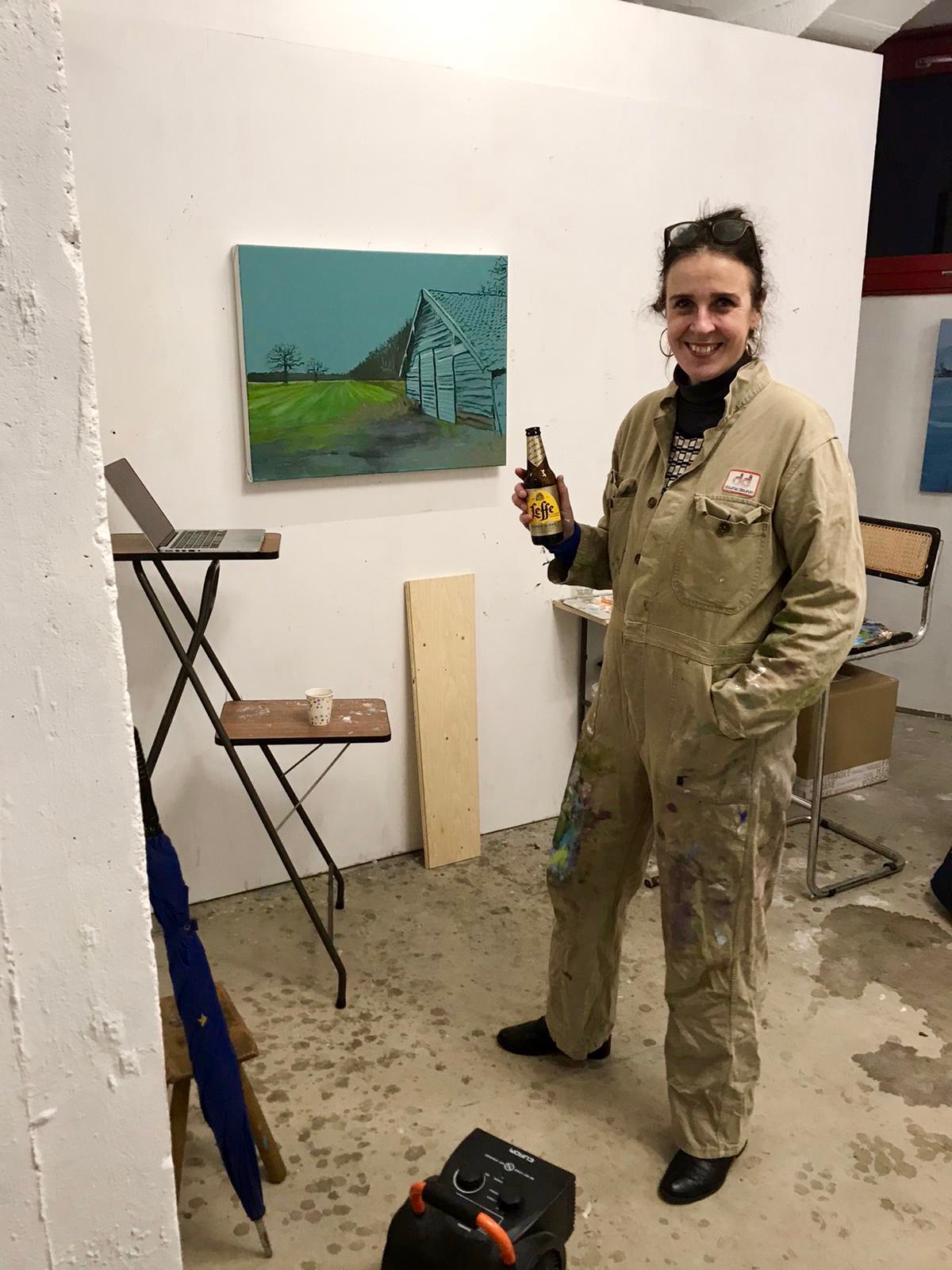 Carlien Oudes (1967) was born in Leeuwarden, in the province of Friesland, but she never got Frisian roots: her parents were devoted to Amsterdam and the province of North-Holland, and passed that love on to their children. From her father Ad, a sailor and painter, she was raised with a love for the arts.

At the age of 17, Carlien was admitted to the Art Academy: first she went to Groningen, later to Amsterdam. She graduated five years later.

In her working life Carlien decided not only to paint and draw, but also to be involved in the arts in other ways. For example, she helped provinces to set up and develop ‘art policy’, and she organized – and still organises – the biennial Summer Expo (in 2022 for the eighth time) with the ‘ArtWorlds’ Foundation that she established.

Carlien works from her studio on the NDSM site in Amsterdam, and in Brussels. If you want to see the works, feel free to make an appointment (see ‘contact’).